The Tree Warden for the Parish is Carol Champion, please give her your support. 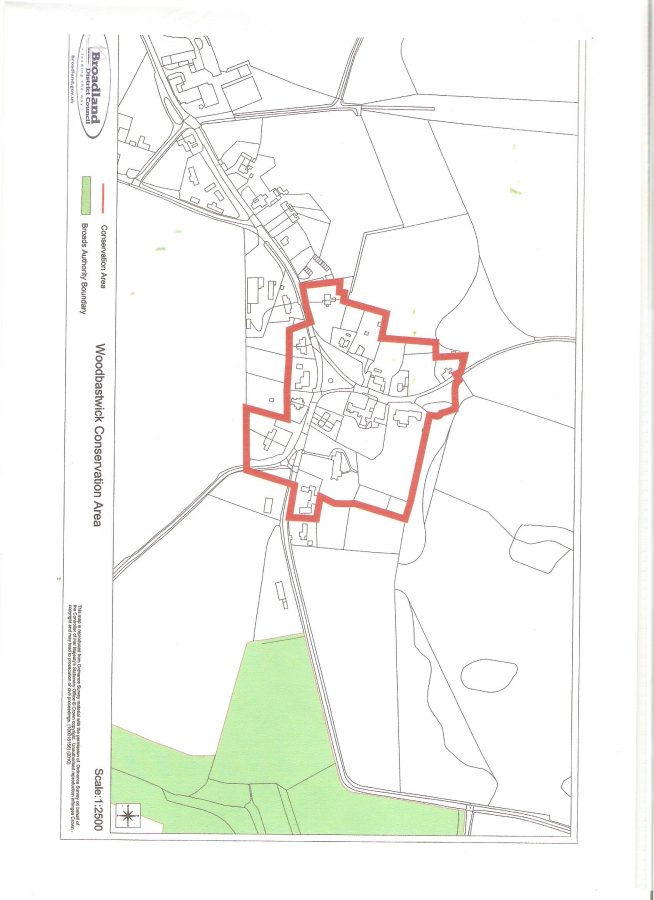 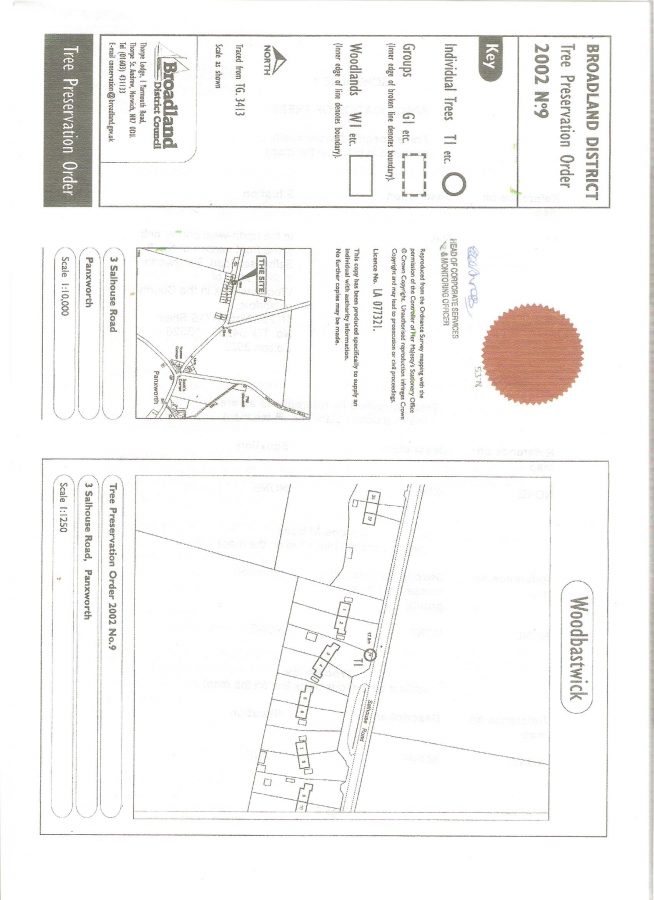 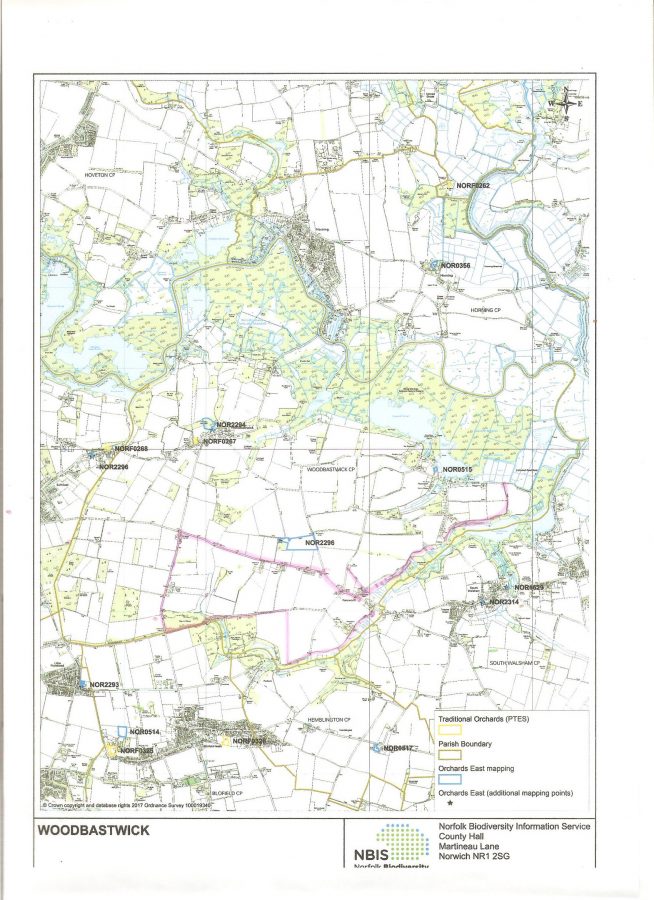 I have not been able to make as much progress at producing and implementing a “Parish Management Plan for Trees, Woodlands & Hedges” in Ranworth, Woodbastwick & Panxworth as I had hoped, as I have had ,and continue to spend a lot of time away dealing with family illness ,death and dealing with my mother’s estate & preparation of her house for sale.

I did however manage to make a start on other suggestions made in my report last year.

1 I produced a leaflet for Ranworth Village Fete in July 2017 to try to encourage local engagement and understanding of the value, and problems facing trees but have had no feedback.

I would like to mail- drop this leaflet along with a current update on the problems of diseases and pests, and how the public can help.

Would the Parish Council be prepared to fund the printing of these. I would then deliver them to each household?

2 I have begun to collect a wide variety of tree seedlings / saplings for replanting where suitable. I’m hoping that this tree nursery will grow once people become aware of the situation

3 Orchards East is funded by the Heritage Lottery fund for 3 years whose aim is to discover and understand the past, present and future of orchards in eastern England. The first part of this project is to undertake parish surveys to find out what there is/ remains/ was in each parish with a view to finding the best way forward to create more/ restore orchards throughout this region. I hope to start the survey for this parish in the next few weeks . it will also help me begin to make a record of what trees we have

Would it be possible for the Parish Council to let me have a map of the boundaries of the parish?

4 I notice the land opposite the Malsters that used to be the public toilets no longer seems to have an owner. Does the Parish Council know anything about this land and who owns it?

If it is no longer owned by anyone, perhaps it would make a good village orchard

This is why I think it’s vitally important to bring this to the notice of the wider public and enlist their help, not only in being aware and vigilant of the health of the trees around them but also in reporting concerns to the Forestry Commission using their online Tree Alert reporting tool ( Three good-quality digital photographs are required to aid identification.) https://treealert.forestry.gov.uk/

It is also important to stress that mature trees should be retained and protected to help develop tolerant individual trees of which there are now a few Furthermore, by removing these trees we would be adding to the environmental impact. There is a DEFRA Chalara helpline on 0300 067 4000.

Ash dieback (aka Chalara) is a fungal disease caused by the fungus Hymenoscyphus fraxineus. It kills ash trees by blocking the water transport systems in the tree, leading to leaf loss, lesions in the wood and dieback of the crown of the tree.

Currently ash dieback is present in 44.1% of the UK ( 2017) and is expected to affect the vast majority of the ash trees across Britain. It will have devastating impacts on the landscape and ecological diversity of woodlands in the UK as well as a loss of connectivity as hedges and individual trees outside woods are lost.

There is hope on the horizon; initial findings suggest that the UK may have some individual trees that are tolerant to ash dieback, giving the potential that the population could recover over time (50+ years).

WHAT TO DO: Retain and protect mature trees and develop tolerant individual trees. The biggest danger is that healthy ash trees are felled in fear of them spreading disease. By removing these trees we would be adding to the environmental impact.

Look to alternatives species to fill the ecological gaps left behind.

If you think your ash tree has dieback contact DFERA to notify them of the outbreak on Chalara helpline on 0300 067 4000.

OPM caterpillars can threaten the health of several species of oak trees (Quercus species)because they feed on oak leaves and produce silken nests on the trunks of affected trees . Large populations can defoliate, or strip bare, large parts of oak trees, leaving them vulnerable to attack by other pests and diseases, and less able to withstand stresses such as drought and flood. They will only feed on other trees if they run short of oak leaves to eat, and have been seen on hornbeam, hazel, beech, sweet chestnut and birch trees.

To people and animals: The caterpillars’ thousands of tiny hairs contain a toxin which can lead to itching skin lesions and, less commonly, sore throats, breathing difficulties or eye problems. This can happen if people touch the caterpillars or nests, or if the hairs are blown into contact by the wind.  Contact with the hairs can cause itching skin rashes and, less commonly, sore throats, breathing difficulties and eye problems. (The rash can be treated with antihistamine cream.)

The caterpillars can also shed the hairs as a defence mechanism, and lots of hairs are left in the nests, which is why nests should not be touched without protective clothing.

Key identifying features are that the larvae (caterpillars):

Report any sightings. Early action can kill them off and stop the spread

Health precautions : People in the affected areas can take these simple precautions to minimise the health risks to themselves and their pets and livestock:

1 The splits are longitudinal forming in the cracks between the bark plates and are typically between 5 and 10cm long. They can be close to one another (10-20cm) or spaced further apart.

2 The bleeding patches usually become visible between one and two metres above the ground and can extend high into the canopy. Beginning in spring the fluid runs down the stem, staining the bark.

3 The bleeding often stops at certain times of the year, leaving dry, black streaks on the stems. The dried fluid can cake or form a crust around the split.

Acute oak decline affects mature English and sessile oak trees (Quercus robur and Q.petraea) of at least 50 years old but has been spotted in younger trees with a diameter of 10-12cm.

is a fungus-like pathogen called a water mould. It causes extensive damage and death to a wide range of trees and other plants.

The disease is known in the USA as ‘sudden oak death’ and have caused significant damage to North American native oak and tanoak species, but have had little effect on Britain’s two native oak species.

Larch trees have been affected in great numbers and it is known as ‘Larch tree disease’, ‘Japanese larch disease’

Symptoms on trees include lesions – sometimes known as bleeding cankers – which exude fluid from infected bark, visible as a black exudate which can dry to a crust on the trunk. The inner bark under this bleeding area is usually discoloured and dying. Trees die when the lesions become extensive on the main trunk. Shoots and foliage can be affected, visible as wilted, withered shoot tips with blackened needles. The infected shoots shed their needles prematurely.

The Forestry Commission have produced a symptoms guide to help recognise when a sweet chestnut might have Ramorum disease and anyone who suspects they have found it on sweet chestnut trees is asked to report it to us immediately.

No cure has been found and there are no effective chemical treatments available. There are fungicides which can suppress the symptoms, but none will kill the pathogen, so important to prevent or minimise any further spread of P. ramorum and the damage it causes.

It is particularly worrying because it affects juniper, one of our most rare native trees. There are only around 400 hectares of juniper woodland in Britain, mostly in Scotland.

It supports a specialised group of insects, fungi and lichens, as well as birds such as goldcrest, and provides winter cover for black grouse.

The disease often causes death of the host tree.

Leaves appear to have minor moth infection. The Horse Chestnut Leaf Miner is caused by larvae of the moth Cameraria ohridella which mine within the leaves. Up to 700 mines have been recorded on a single leaf. While it does not affect tree health, it does afflict the appearance of horse chestnut trees, and can cause public concern.

DO NOT FELL THESE TREES as they survive repeated infestations and produce leaves normally the following year.

Dutch Elm Disease (DED) is a fungus which infects and kills elm trees. The fungus is carried by a bark boring beetle which into the bark of the tree forming several tunnels and laying its eggs. The fungus is transferred to the tree in the process. The fungus grows and spreads in the tree and blocks the water vessels in the tree. This kills the tree slowly over a number of years through dehydration. In the meantime the bark beetle eggs hatch and the larvae are infected with the spores of the fungus. The larvae then mature and fly off to other elm trees which they then infect.

While the main tree is killed most elms reproduce via underground suckers and these put up lots of new shoots. So while we have lost most of our mature elms there are a huge numbers of young trees shooting up at the moment. These young trees are free from disease for a while as until they reach a certain age their bark is not thick enough to be suitable for the bark boring beetle.

There are very few mature elms left in our countryside. The only area that has been successful in keeping its elms, through strict quarantine, is Brighton

It appears that all elm species are affected to some degree but elms which reproduce via suckers are the most susceptible . These are so called ‘field elms’ such as smooth leaved, English and Cornish elm.

The Wych elm occasionally reproduces by seed and is one of the most resistant to DED and there are also a wide range of horticulturally created, elms, such as the Huntingdon elm and the Dutch elm, many of which have some resistance to DED.

No treatment for DED but to remove the affected tree as quickly as possible in order to prevent it becoming a source of infection as the beetles mature and fly off to new trees.

If the tree does not have to be removed it is worthwhile retaining as mature elms are great landscape trees and we have lost so many of them already, and can support a wide variety of wildlife, from bats and birds through to insects that live in dead and rotting wood

Cultivars of elm selected for resistance to DED are available such as Ulmus japonica, and make good landscape trees.

If you think you’ve spotted ONE OF THESE DISEASES please inform the Forestry Commission using the Tree Alert reporting tool. Three good-quality digital photographs are required to aid identification.